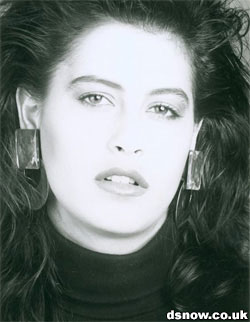 On friday, 27th November 2009 Tamei Edberg sadly passed away after being diagnosed with uterine cancer. Her sudden and untimely death has come as a complete shock to all who knew her.

Tamei was the long time partner of Snow (real name Darrin O’Brien,) and the mother of his fourteen year old daughter, Justuss. She was an inspiration to all who she came into contact with, and was dedicated to Snow’s career and his fans, which, because of this, I was fortunate enough to have known her personally.

Cancers of the uterus are often referred to as endometrial cancer because this term helps to distinguish it from other cancers that can affect the female reproductive system, such as cervical or ovarian cancer.

Endometrial cancer is the most commonly occurring cancer of the female reproductive system. It is the fourth most common cancer that affects women, after breast cancer, lung cancer and cancer of the colon and rectum.

Sadly, Tamei’s diagnosis came too late for any treatment to be effective.