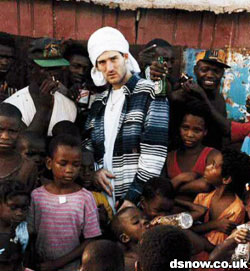 When an Irish kid from a rundown Toronto neighbourhood has the power to disrupt a giant beach party in Kingston, Jamaica with merely his presence, it’s fair to say he’s a legitimate star. That’s what happened to Darrin O’Brien, better known as Snow, on a trip to the sunny island late last summer. When the 32-year-old singer arrived at the Stone Love dance, news moved through the 2,000-plus revellers at light speed until the DJ was forced to stop the music and address Snow.

‘It’s like when a supercat walks in somewhere,’ explained Los Angeles-based producer Tony Kelly, who was at the party that August night. ‘They love him in Jamaica. They don’t see him as an outsider.’

Snow, who speaks the thick patois common to the rapping style of reggae that’s known as dancehall, says his fame in Jamaica is a result of keeping his feet firmly on the ground.

‘I’m real and they can feel it,’ he said in a recent interview to promote his latest album, Two Hands Clapping. ‘In Jamaica they don’t know racism. They just know richer or poorer. It’s not black and white, so when they see me doing it they love it.’

END_OF_DOCUMENT_TOKEN_TO_BE_REPLACED 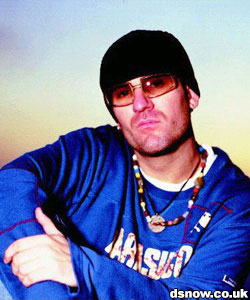 Somehow it all seems to suggest things are more complex than they seem. Racial profiling, a season of street violence in Toronto, and the usual innuendoes that Jamaicans brandish the most weapons all become slightly more confusing for those seeking easy explanations. How? Just add Snow.

Born Darrin O’Brien in 1969, Snow grew up in North York’s Allenbury Projects, a place where the dreams of recent immigrants and old school Canadians square off against the often harsh realities of the city’s subsidized housing scene. It’s a place that, according to Snow, has changed dramatically over the past twenty years.

‘When I was growing up I didn’t know people who would break into people’s houses and steal their wedding bands,’ he says. ‘My neighborhood was a place where you’d see a lady come walking by with her purse and her groceries in her hand and somebody run up to her, grab the groceries and help her across the street and bring it to her house.’

Regardless of geography, this is but one tale from a city that’s currently embroiled in a rush of reminiscence about the good old days. From Allenbury to Cabbagetown to Eglinton West, people across Toronto can be heard talking about the 1970s like it was some kind of golden age. Listen to anyone over thirty and pay attention to that far away look in their eyes as they talk with this myth-like reverence about life before the sweep of crime, poverty, and social suffering.

END_OF_DOCUMENT_TOKEN_TO_BE_REPLACED 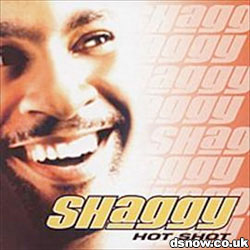 Snow is collaborating on a new album with part of the production team behind Shaggy’s mega-platinum disc “Hotshot.”

The Toronto-based urban-music star told JAM! Music that he is currently recording the new record in Miami with Tony and Dave Kelly, who were among the producers and engineers credited on Shaggy’s “Hotshot,” one of the biggest-selling albums of the last year.

Those sessions — along with tracks cut with Blu Cantrell producer Christopher “Tricky” Stewart and “another guy from New Jersey who is just coming out” — should surface in August on Snow’s follow-up to 2000’s “Mind On The Moon”.

END_OF_DOCUMENT_TOKEN_TO_BE_REPLACED

After three albums, one seven-year-old hit single, a stint in jail and a new daughter, Snow is eager to embark on a comeback.

The 31-year-old singer is promoting his fourth CD, Mind on the Moon, released earlier this month. Besides being his first new album in more than three years, the disc is also Snow’s debut effort with the EMI-Virgin label.

The new material showcases a noticeably lighter style presented by what is essentially a brand new Snow.

”This is my second chance,” says the singer, who developed his brand of reggae patter while growing up in the ”projects” of North York. ”Everything’s coming together … I’m in positive mode now.”

Although he insists he never considered himself a rapper, Snow established a reputation in the early ’90s for his rapid-fire, gangster-style performance. His first and only major hit was 1993’s Informer, a rap tune delivered in a reggae- style Jamaican patois.

END_OF_DOCUMENT_TOKEN_TO_BE_REPLACED

Snow has never understood the ‘white rapper’ label he’s worn all these years. ‘I’ve never been a rapper,’ he says. ‘Eminem’s a rapper. I’m on the borderline. I’m not a reggae artist or a pop artist or a hip-hop artist. It’s just everything mixed.’

If there’s still any doubt, it should be banished with the release of Mind on the Moon. Snow is now a singer all the way. While there are traces of his reggae-rapping style, called ‘sing-J,’ he has a surprisingly high and airy singing voice, well suited to the album’s light pop sheen, marked mainly by (real) acoustic guitars. The artist known as Darrin O’Brien – an Irishman who got into reggae growing up in the ‘projects’ of North York, Ont. – didn’t plan to be a pop singer, but fans have embraced his new sound.

Everybody Wants To Be Like You is Snow’s first big hit since 1993’s Informer. It might as well be a different artist. Snow’s music isn’t the only thing that’s changed. Yes, this will be another one of those “bad-boy-gone-good” stories.