Legal EPK which came with limited editions of the Two Hands Clapping album. 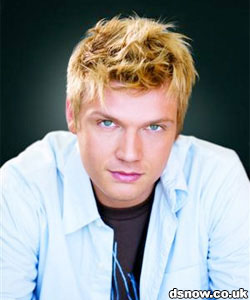 The rumours are true. Nick Carter of the Backstreet Boys is working with Toronto reggae singer Snow. ‘I’m going to work with Nick,’ Snow told andPOP. ‘We’re just becoming friends now. He’s a good kid and I brought him to the projects here in Toronto and he chilled and he didn’t have no bodyguards or none of that.’

The material that they will record together could appear on either Snow’s upcoming album, or Carter’s second solo album. ‘We’ll just go in [the studio] and feel it and vibe it and if everything comes nice, everything comes nice,’ said Snow, who is most famous for his hit song, ‘Informer.’ ‘I just feel like music is music and I can do all kinds of music. We’ll just work, have fun.’

Snow and Carter performed together on July 1 as part of a Canada Day concert at Downsview Park in Toronto, the same place where 450,000 people assembled last week for the Rolling Stones concert. ‘Off my new album, his favourite song is ‘Missing You.’ He was in town and just came down here to hang out. So I was like, ‘Nick, you got to come on stage and sing that song with me.’ He’s like ‘no problem’.’ Snow will be releasing his latest album, ‘Two Hands Clapping’ in the U.S. next week.